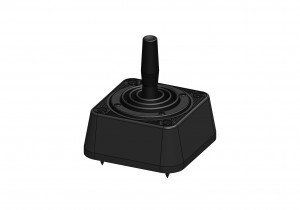 continue to gain popularity across the globe. People are learning of the innumerable benefits these devices offer when compared to keyboards and other control devices. This is particularly so when it comes to gaming. They can be used for playing computer games as well as games that are intended for home consoles. However, before you start shopping, it is important that you understand the difference between joysticks and controllers.

Different sizes
The best thing about modern day joysticks is that they come in different sizes. They range from the small ones with only 2 buttons to more advanced ones that come with numerous buttons. Their sizes also vary. They are joysticks that you can hold in your hands and others that you have to place on a flat surface.

When compared to control pads, finger tip controlled joysticks excel in many ways. Unlike the control pads that can only be controlled with the thumb, larger joysticks can be controlled using multiple fingers at the same time. They offer more control whether you are gaming or controlling CCTV cameras. The Hall Effect joystick is ideal for gaming and more specifically the fighting games that require that you press several buttons at once.

Advanced uses
With the entry of numerous manufacturers in the world of 2 and 3 axis joysticks, modern day joysticks are more advanced. In addition to gaming, you will find a perfect joystick for industrial use. The joysticks are armed with advanced features which give you more control. This is unlike your standard control pad which only offers a handful of functions.

Intuitive
Another thing that makes 2 axis joysticks remarkable is the fact that they are intuitive. These devices are created with the user in mind. When it comes to gaming, you will have intuitive control of your characters. All that is needed to move your character is to push the stick to the direction you want your character to move. This is unlike a directional control pad that requires you to push down on it in order to move a character to a desired direction.

All things considered, there are so many reasons why you should consider investing in finger tip controlled joysticks instead of control pads. All that you need to do is to find the joystick that is perfect for you. To do this, you need first to identify your needs. Your needs are the ones that will help you decide on whether to go with a 2 axis or a 3 axis gaming joystick.